two weeks ago i had the opportunity to attend the d23 expo for the first time! i vividly remember watching from afar as the 2015 expo happened and pining so i was feeling very hashtag blessed when i realized i was going to be able to go! one of my good friends andrew was able to find me a weekend pass and i kind of put myself in financial ruin (as usual) to buy a plane ticket IMMEDIATELY. we also kept it a surprise from one of my favorite california homies as a little extra bit of excitement. 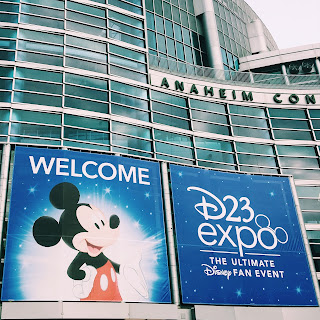 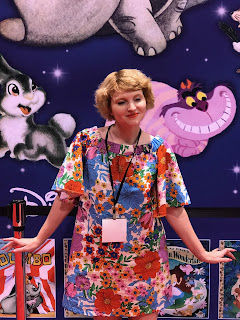 we went to so many amazing panels but my favorite was probably the marc davis panel mainly because of the recent discourse over the changes coming to pirates of the carribbean. for those who don’t know, there is a scene in the ride featuring a “wench auction,” and disney has finally, blessedly, decided to remove it and turn the current animatronic into a gunslinger! longtime fans of the attraction argue that it messes with the integrity of the ride’s original concept, but like… walt’s original idea was a boring-ass wax museum. change is clearly good.

davis had so, so many notes and sketches on the attraction that we were lucky to see and there were a bunch featuring badass pirate ladies. when i saw them pop up on the screen i was just pointing and whisper yelling as i scrambled to snap a few photos. 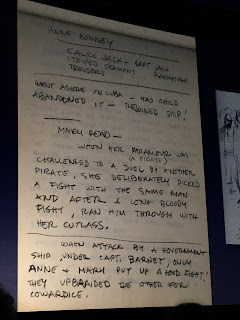 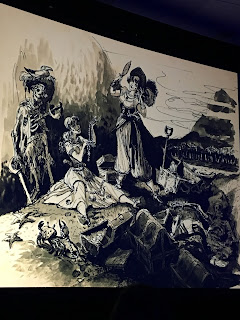 i also got to see so many amazing friends and fans! so many people in the “””disney community””” kind of rotate around each other without ever actually interacting, and the expo was an awesome opportunity to make those connections. and the best part about the con was probably seeing the amazing cosplays and outfits from other freaks like me~

but all of this excitement is actually not why i made this post. i wanted to talk about the worst anxiety attack i’ve ever had, which happened at this year’s d23 expo! on sunday, after two days of nonstop movement and planning and energy, my body decided it was time to stop. my little group was waiting to see the model for the currently-being-crafted “galaxy’s edge,” the new star wars section in disneyland and hollywood studios, when my vision started going fuzzy. my brain started buzzing and i was trying to avoid hyperventilating as i casually mentioned that i was going to run and grab some water.

i basically hightailed my ass out of that hall as fast as i possibly could and my body went into autopilot. i ended up on an upstairs level, sitting on the ground in what was probably a smoking area, sobbing and clutching my brother’s prayer card, the only thing that physically grounds me these days. i was simultaneously gripped with fear that some person from the internet was going to see me and unable to move or hide. i’ve had a few brushes with anxiety attacks in the past year (basically since brendan died, thanks bro) but this is by and large the worst it has ever been.

i managed to calm myself down enough to text my friend jake back (because apparently i was not nearly as chill as i thought i had been upon leaving), and he came and sat with me as i tried to put my body back together. thanks for letting me cry all over you, sorry about it!!!! but unable to do anything about it!!!! still sorry though!!!!

amazingly, after i became a person again, we had the best day. i think probably because i physically couldn’t do what i had done the previous two days, we meandered around the show floor and laughed at old merchandise and just took it slow. and then we went to in n out, and i flew my butt back to the sunshine state.

my reasoning behind this post is transparency. especially on the internet, we receive such skewed views of the lives of the people we follow, and i think it creates unrealistic ideals. i never want to portray myself as someone without problems, because even i start to believe it. my best coping mechanism has always been talk therapy (even if it’s just to my snapchat followers), and i’m going to continue to do it until it stops being a viable solution. thanks for being along for the ride!