the weekend before my birthday, hannah took me on an amazing surprise trip to go see and swim with manatees. we went to what i like to call “”real florida,”” where the palm trees aren’t strategically planted and your hands don’t get clammy just from going outside.

hilariously, as we drove past a sign for weeki wachee, where my grandparents stayed when they visited florida last year, i remarked how i should call them and tell them i was close. then, when we saw a sign for homosassa springs, i got really excited about it and was yelling to hannah before i realized that that was probably where we were going. and then i was even more excited.

we spent a couple hours eating publix snacks in our car and waiting for a rainstorm to stop, and when we finally got inside one of the volunteers suggested we just wait another half hour because then admission would be free! in the meantime he told us stories about how when he was younger and overseas, he couldn’t speak to any of the people around him so he learned to fold origami paper to pass the time in restaurants. he made the coolest stuff, a frog that could actually hop and a crane with moveable wings…and he was just the nicest man. he might have been my favorite part of the park, actually. 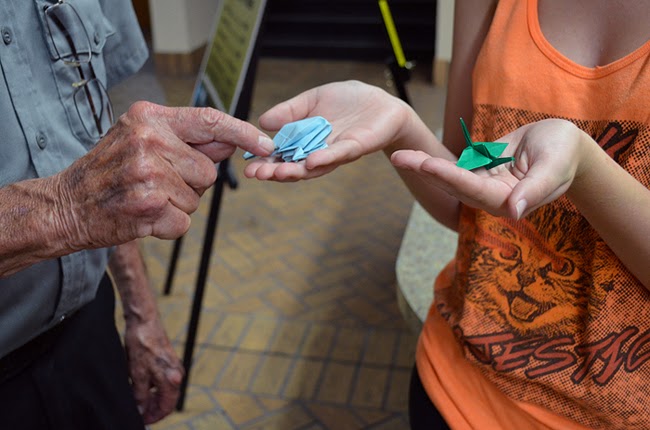 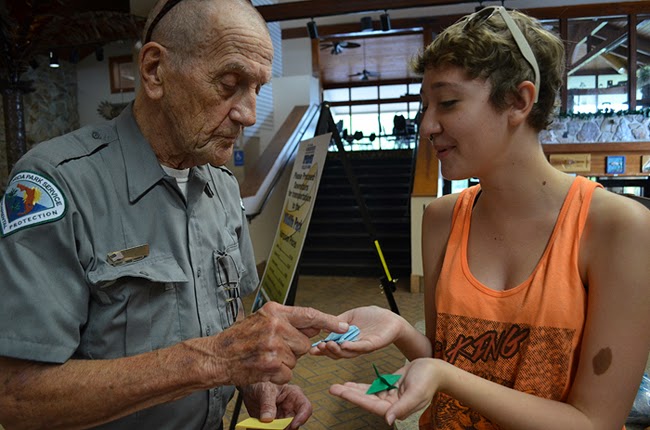 this was the first manatee we saw! he was hanging out by what they call the “fishbowl,” which is an underwater room full of windows to peek out at the spring around you. 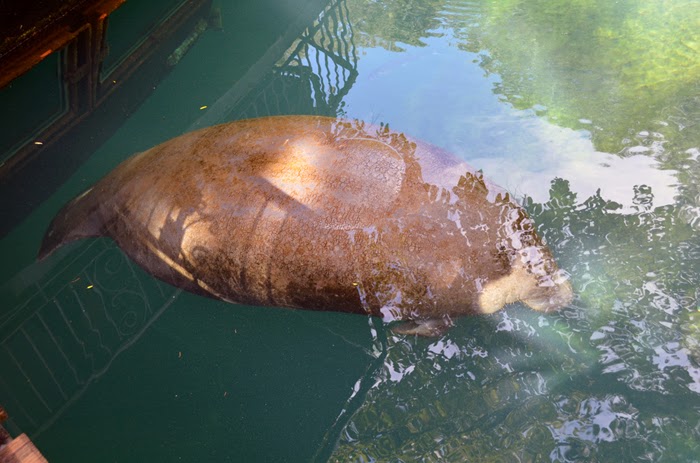 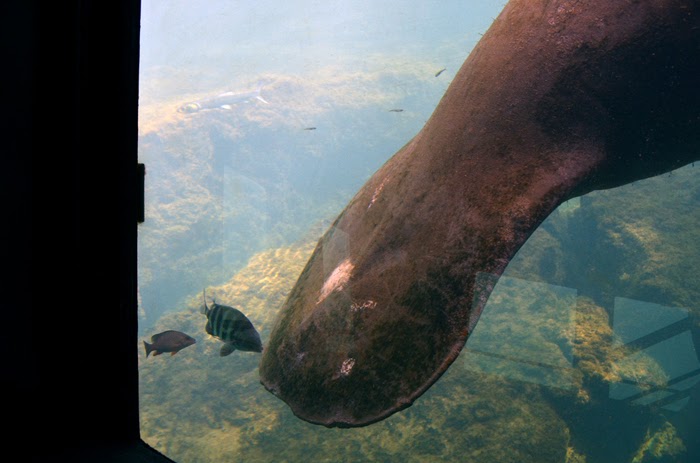 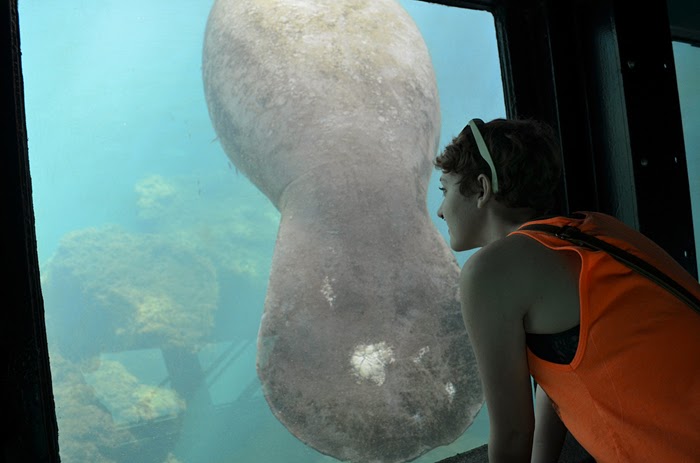 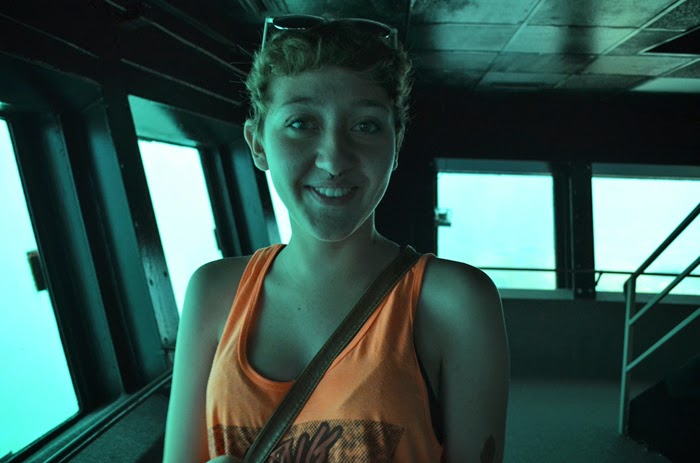 it was so quiet all around the park, i think the rain scared most of the people away. as it was, we started power walking after we saw the clouds rolling back in and got to our car just as the sky opened up. 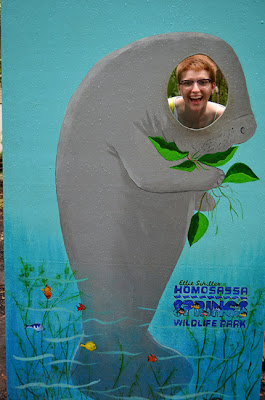 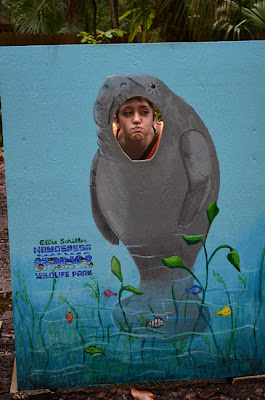 i had so much fun, even though we were there for such a short amount of time. it was so serene and beautiful, and it’s one of the only time’s i’ve really felt at peace since i moved here. 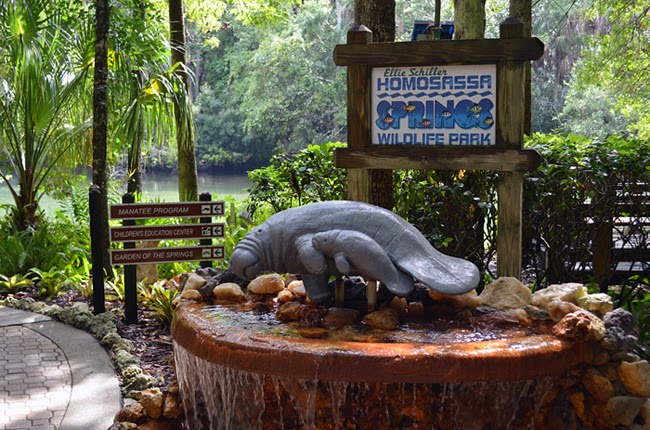 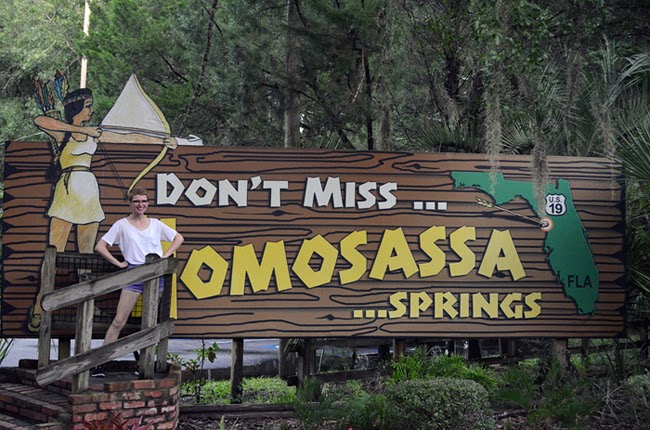 the next day, we woke up at five something and drove to a bay, where we were met by a lot of captains, and we pulled on our wetsuits before we piled onto a boat in search of a manatee to snuggle with. we didn’t find a lot of activity, and the few manatees we saw were very skittish so we didn’t approach them. our captain told us it was because of the rain the night before. but we saw a baby with it’s mama and a dolphin! it was one of the coolest things i’ve ever done. i’m super grateful to have such a thoughtful lady in my life, she knew exactly what was perfect for me. 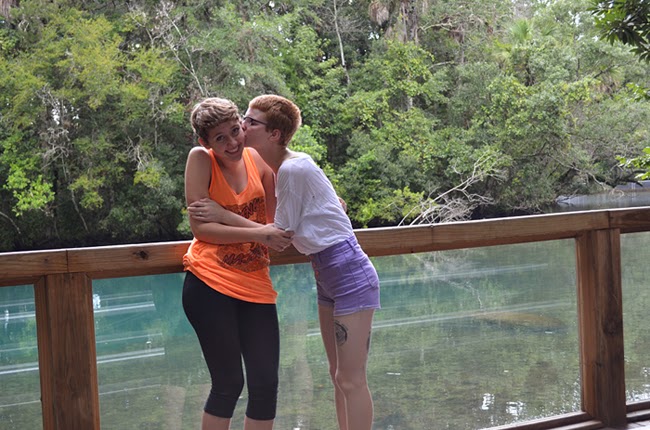