This past Thursday (the day after my audition) Grammie, Pop Pop and John all came to visit me. They got up early and picked me up at my apartment around 9:30. We started out our day at Epcot. I had gotten Mickey ears embroidered for my grandparents and a Goofy hat for John so it made for a lot of really cute photos. 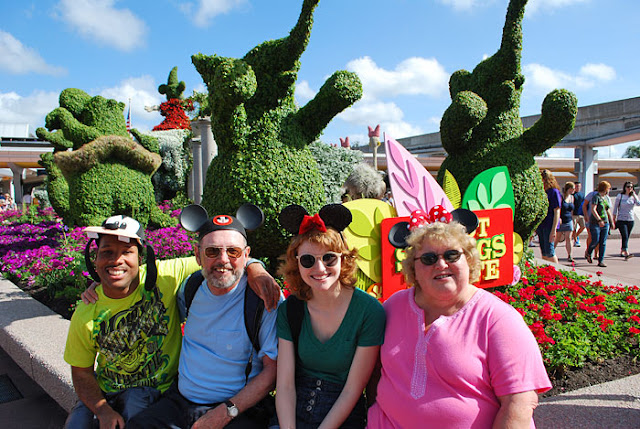 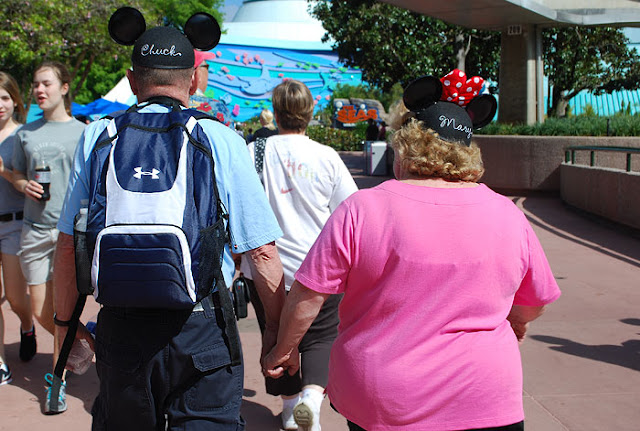 The first thing we did was grab Fastpasses for Test Track, which is a ride in which you assume the position of a test dummy as your car is run through diagnostics tests (brake checks, temperature changes, etc.). It’s a really fun ride that they’ve been trying to do for a while, and the window is rapidly closing because it’s about to go down for a long refurbishment to change the storyline of the ride. So this was their last chance! After we got our passes, we headed over to The Seas pavilion. I haven’t actually visited The Seas since I was about six, so I barely remembered it. It was only an aquarium when I last saw it, but now the entire building has a Finding Nemo theme, with an adorable ride you take in a clam shell and an interactive show about turtles with Crush (don’t call him Mr. Turtle). But we didn’t see Crush because there were MANATEES there. I think at this point we all know how much I love manatees, so I almost had to abandon my family and jump into the tank. There were also a bunch of huge, happy dolphins swimming around upside down, and seahorses, and clown fish and lots of other adorable sea creatures. I think I found my new favorite spot on property, and it was pretty cool to experience something for the first time with family. 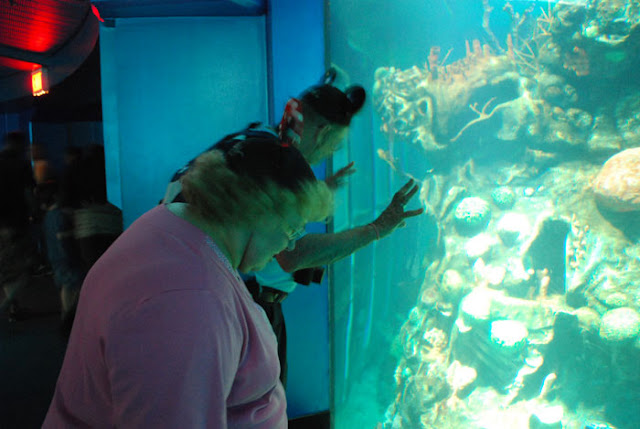 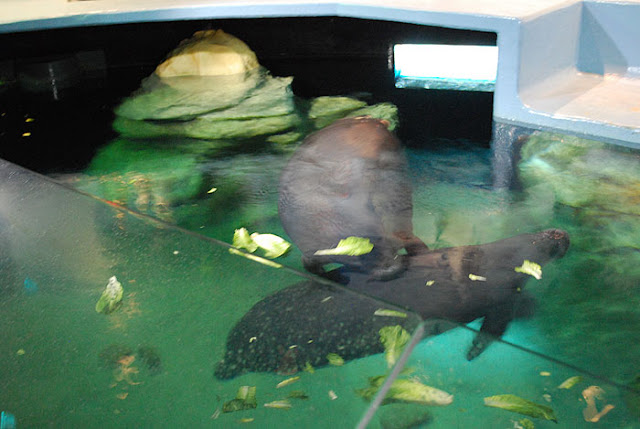 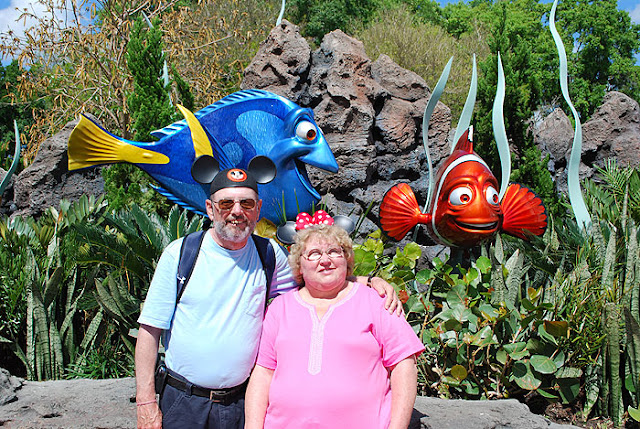 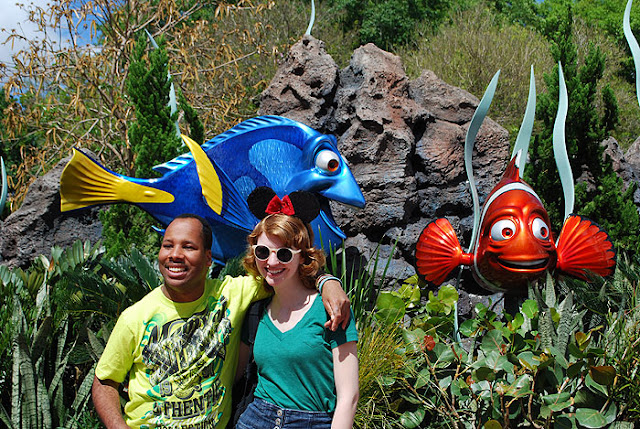 After we went under the sea, we went on the Journey Into Imagination ride, which (though it has been stripped of much of it’s former glory) was cute and fun. After that, we played in the ImageWorks lab and made our own Figments of our imagination. We also watched Captain EO, an old Micheal Jackson attraction that was brought back and is probably about to disappear again. I looove Captain EO, so I was really happy when everyone else did too. The Flower and Garden Festivalis in full swing by now, so there are beautiful topiaries everywhere, and we also found the butterfly house! 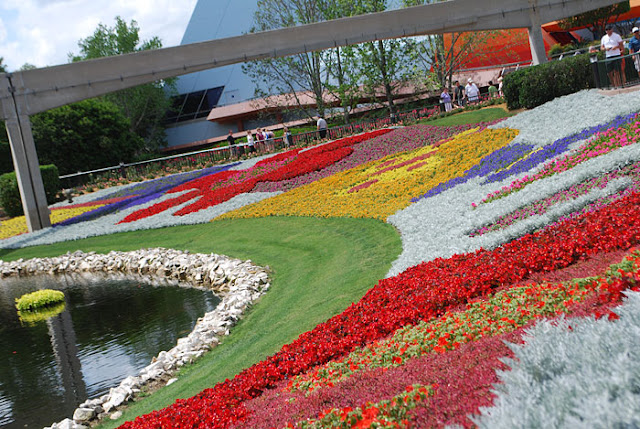 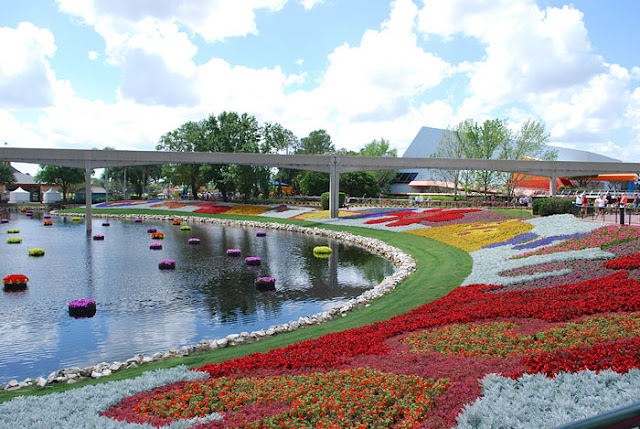 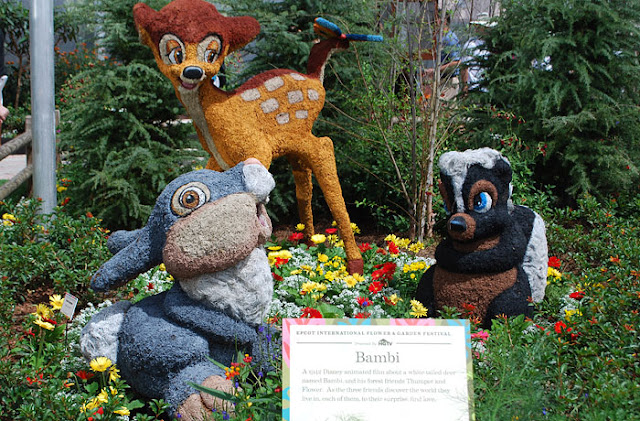 On our way out, we rode Test Track before hopping on Spaceship Earth, the ride inside the iconic geodesic dome. We left property to have lunch because we didn’t want to pay a hundred million dollars so we went to my favorite place in the whole world: Pizza Hut. We finished off two pizzas and about eighteen drinks before we drove to Magic Kingdom, my home park <3 <3 <3 where I could really strut my stuff. 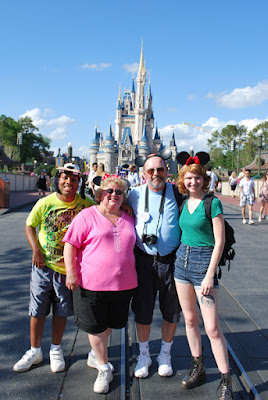 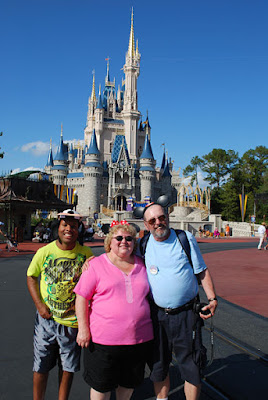 We rode the carousel first thing, something that my grandpa and I have always done together. For once, the ride wasn’t three hours long, so we hopped right on. After the carousel, we ran into about eighteen people I knew before I showed them all of the shops I work in. I guess it was a good day to play in the park! 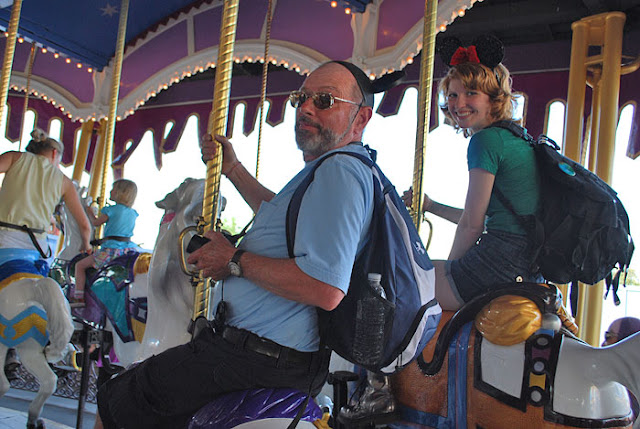 We watched Philarmagic and upon leaving, tragedy struck. My grandma’s ankle was really hurting her, and then that started bothering her hip, and she needed a wheelchair. We were sent to two different places before we finally just headed to the front of the park, where we got a wheelchair that turned out to be broken, once we got Grammie into it. I don’t know why it was such an ordeal, since there are supposed to be wheelchairs in a bunch of different shops and at First Aid and basically everywhere, but there weren’t any. We rode The Haunted Mansion, which is doubly spooky now that it’s been refurbished, and then I practically assaulted a manager when I spotted him so we could find the nearest working wheelchair. After finally acquiring one, we rode Pirates of the Caribbean and then headed to the castle to grab a spot for the Main Street Electrical Parade, The Magic, The Memories, and You! show and then Wishes, the fireworks. It all happens within the span of an hour, so we got there about 45 minutes in advance and then ate the best ice cream of my life as we waited. 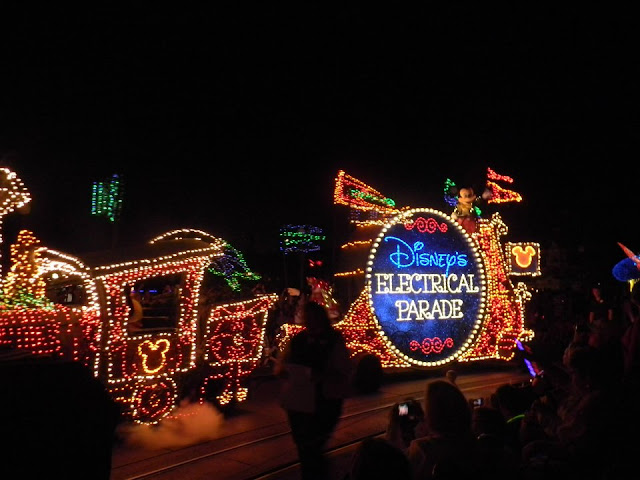 It was a great day, and it’s always really special to introduce parts of Disney for the first time. The magic feels greater when you’re looking at it through someone else’s eyes.