Day three of my journey is coming to a close. The internet in this hotel is acting up for me so I’m not 100% sure that this will post, but I’m going to try! I’m traveling with my grandparents and uncle John, which I didn’t initially expect to be doing, but it’s been really great.

Our first day we traveled about eight hours, mostly through Pennsylvania, which I’ve learned is the worst state ever if you want to make it through without a detour to Oz. You think I’m joking, but I’m almost positive I saw a cow fly by. It had snowed a little the night before we left, so in the morning it was just cold enough to make the air sting. Throughout the drive, we hit snow squalls and some heavy rain, and my grandpa (Pop Pop) drove my car because he was scared for me. Somewhere in there, we found a Chik-Fil-A, which was joyous. Living in New York has deprived me of the real gems of the South. 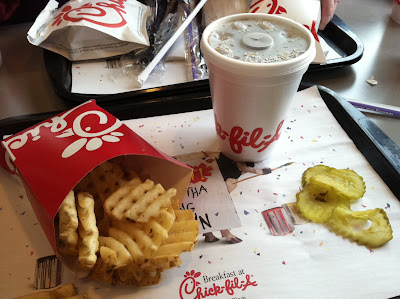 We pulled into Strasburg, Virginia around dinnertime and we were so glad, because at that point the wind had gotten so bad that it was blowing our cars all over the road. We ordered pizza, and the place we got it from ended up being a pizza parlor I thought only existed in Addison, New York. No, they’re apparently a chain large enough to reach Virginia. You learn new things every day!

The next day we prolonged our departure as long as possible because we only had an hour’s drive before we were going to eat lunch at at “The Pink Cadillac,” a mostly Elvis-themed restaurant, but with a little James Dean and Marilyn Monroe thrown in. The bathrooms were labeled “Lucy” and “Ricky,” which was extra cute. I didn’t take any pictures but I won’t hesitate to shamelessly steal one from the internet.

After lunch, we drove on and on until we reached Charlotte, North Carolina, where we ate at a Panera (typical) and then watched the Grammy’s before crashing. Well, they crashed. I laid awake, listening to the heater blow loudly for roughly four hours before someone got angry enough to turn it off. Today we drove to Columbia, South Carolina to visit the Lutheran seminary Pop Pop attended many moons ago. It was warming up at this point so I took my winter coat off and embraced the world with only my sweater! The seminary grounds had a permeable sense of tranquility, especially the library and the chapel. 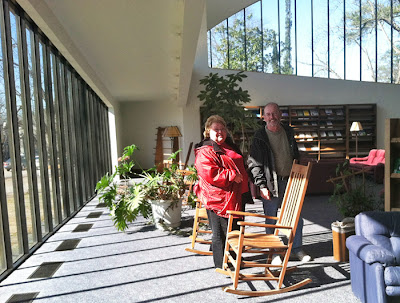 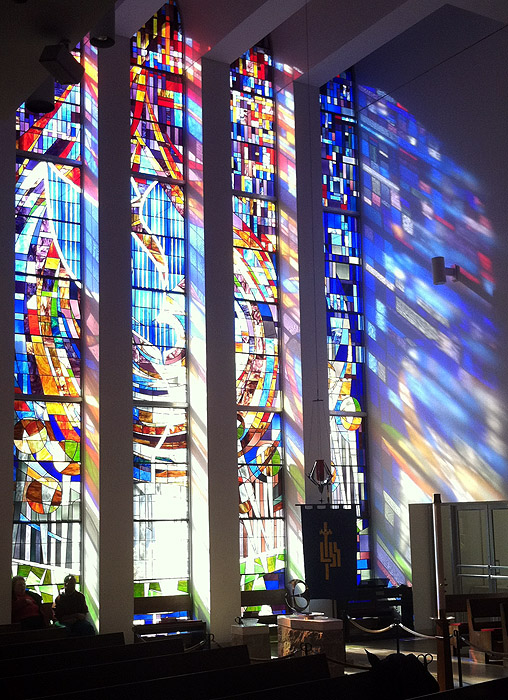 Now we’re in Hilton Head, South Carolina. The town seems asleep because it’s very obviously a summer town, but it’s still beautiful. We walked out onto the beach to see the ocean, but it was so chilly that we only stayed for ten minutes. Now we’re back in the room, and everyone else is asleep while I watch every trashy television show I can find. We’re going to be staying here another night, because Pop Pop found a really cheap Groupon for this place, so it’s like their mini vacation before their real one. Whatever makes you happy, guys. This has been really long winded, so I’m going to end it here. The next time you hear from me, I’ll be in Florida!