i’m going to go ahead and skip the rest of august-september and jump straight to halloween season since i left this blog as a draft for too long and now it’s christmastime. this year as a lark, hannah and i applied to work at halloween horror nights, universal’s halloween event. it is nothing like mickey’s not so scary, namely because it is terrifying. haunted houses, scare zones full of all kinds of weirdos popping out at you, the works. basically my worst nightmare, but i thought it would be fun to work there.

and we got the jobs! we were chosen to work on the streets as walkers from the walking dead. i don’t know how much i’m allowed to say, because i would like to work there again, but we both ended up leaving separately halfway through the run. i bruised my achilles tendon two weeks in and could barely put any weight on it so i didn’t want to re-injure it, and hannah was having trouble making it work with her other job. on top of the guests were pretty horrible, spitting on you, punching you, grabbing you, cursing you out. i mean, i guess it comes with the territory of purposely scaring people, but there’s a limit, and y’all paid $90 for someone to do this to you, so, suck it up.

but even though it had a lot of drawbacks, i had a lot of fun doing it as long as i could! i met so many nice people in my area and really, in the entire cast.

i’m hoping i can try again next year and get a different role, or do something else with the event. i really like universal as a company. i might try to apply for a different job there sooner.

in the meantime though, here’s some gifs from some guy’s video i found on youtube!

i also got a chance to go to the event after i quit and i had so much fun! i’d thank to thank my trusted companion, alcohol, for giving me the courage to go inside all of the haunted houses.

after halloween horror nights, i was ready for some traditional disney halloween! we went to the party dressed up as hannah’s favorite princess, kida, and her main squeeze milo, from the movie ‘atlantis.’ no one really knew who i was until they saw hannah but i assure you, my costume was great! 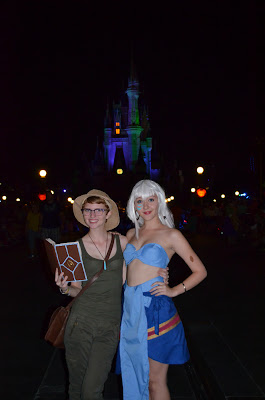 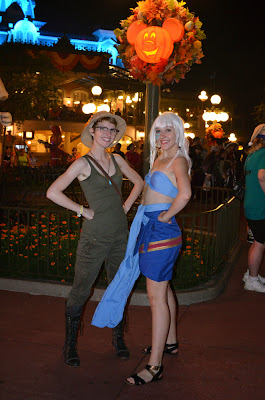 of course i had to get my obligatory shot with my main man frollo. 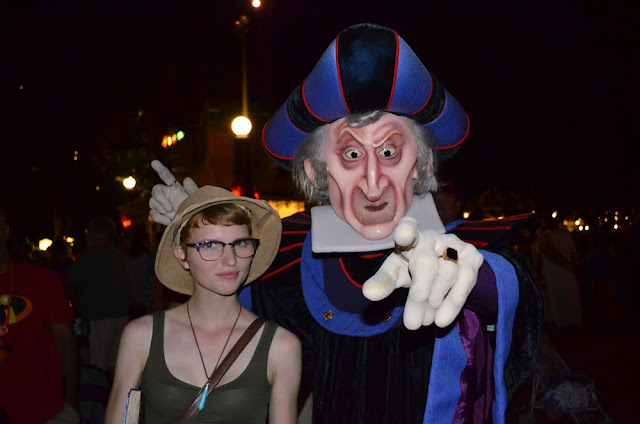 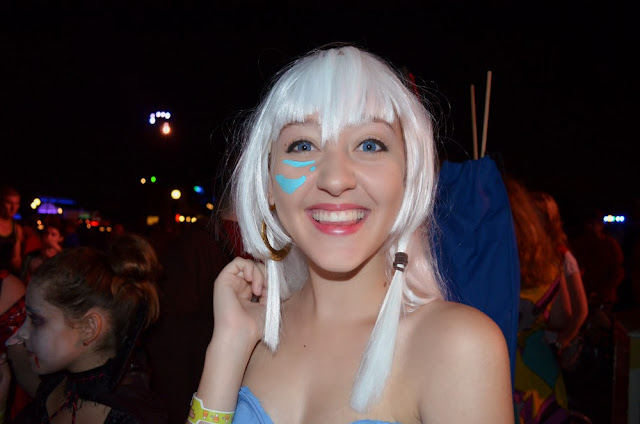 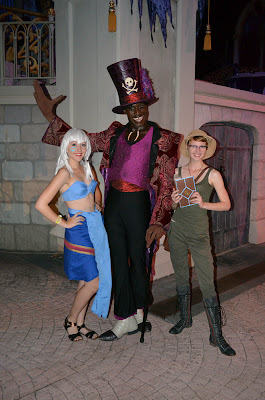 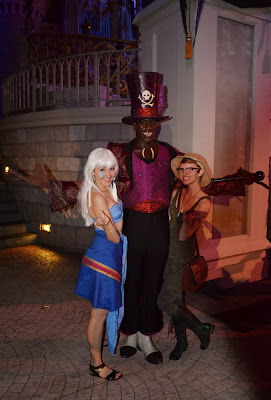 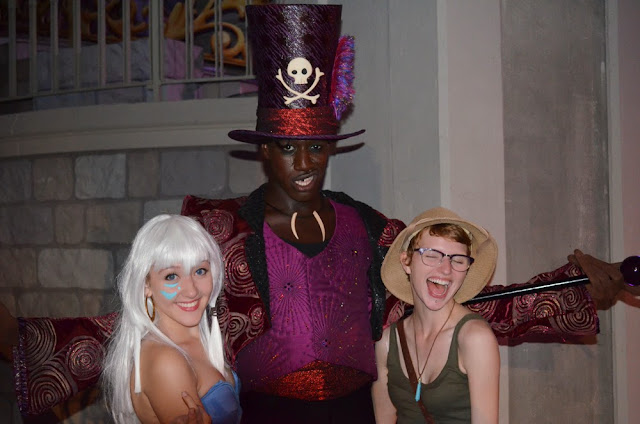 dr. facilier was in fine form at the castle show, we went back to see him twice! before we left he told me that three times is the charm, but we were too busy meeting JACK AND SALLY! 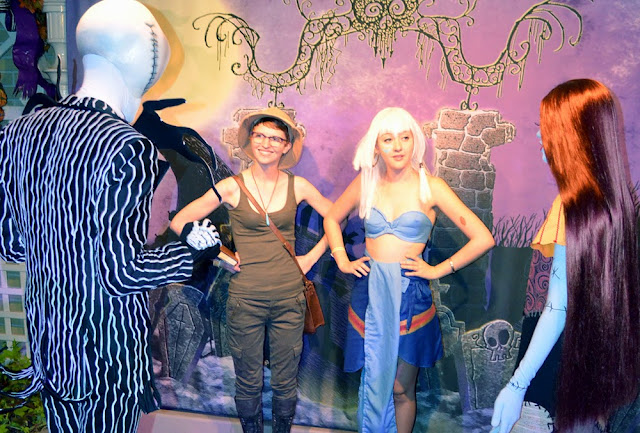 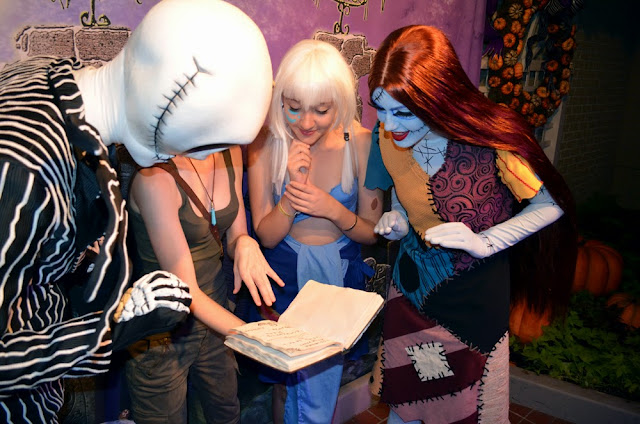 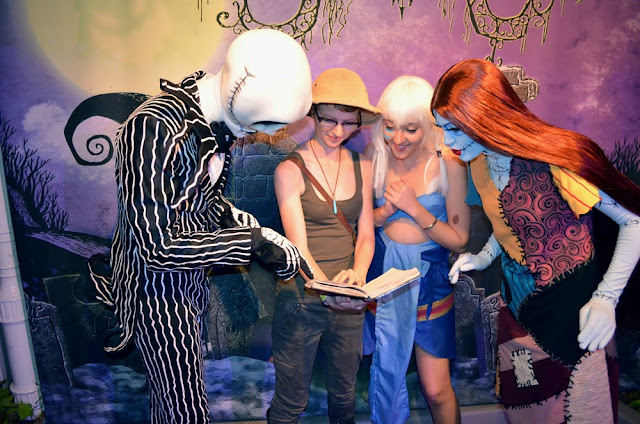 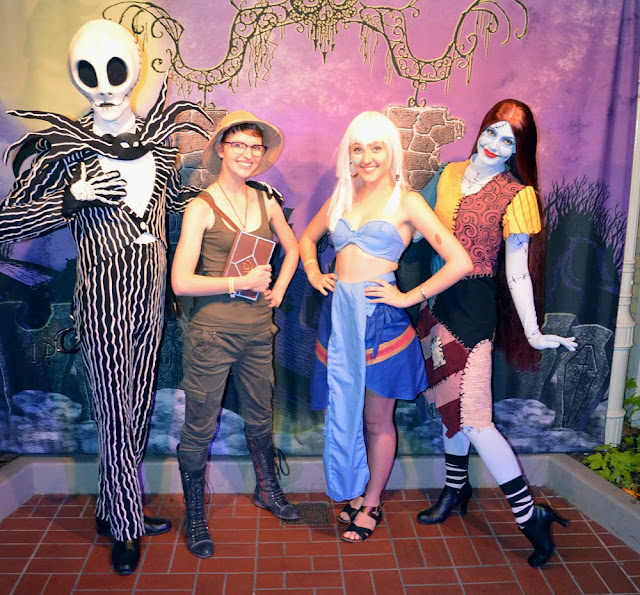 i also made it a priority to see the big cheese and his lovely lady in their halloween finest! mickey and hannah were flirting a little too much and minnie showed us her donald side, so we sidestepped out of there pretty quickly. 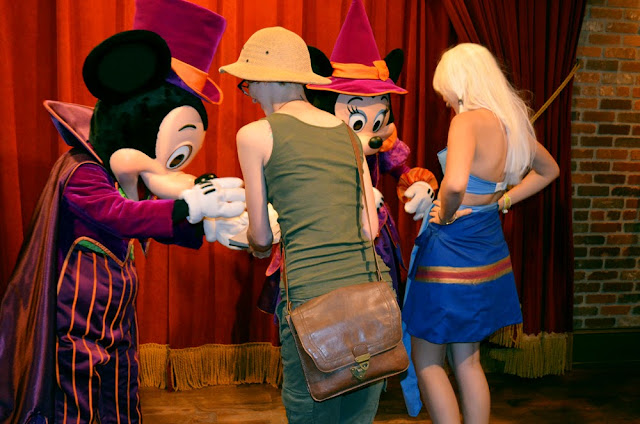 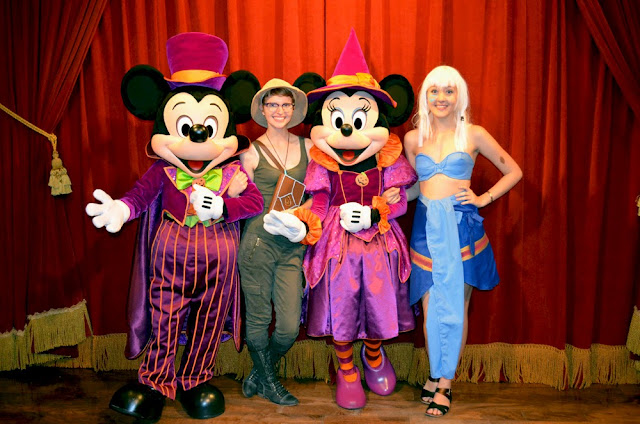 it was a lot different than the parties from last year, but i still had so much fun. i’m so sad it’s over!