as a new week begins, i am coming off a week of spring break. and what did i do during this break? did i take advantage of a lower drinking age in a different country? finally clean my disgusting and depressing room? actually study for my upcoming anthropology midterm? no, fool! i went to disney world! gosh, it’s like you don’t even know me.

i worked over 30 hours while i visited but i had plenty of time to play. i got to orlando on the first day of epcot’s flower and garden festival, which you probably remember from when my mom visited last year. this year, they added a few new topiaries, including a monsters university entranceway!!! in case y’all didn’t know, if i end up going to a real college, it will be MU. 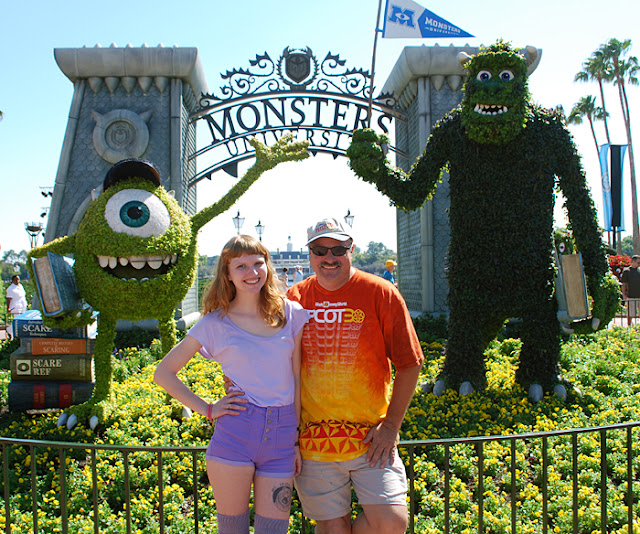 i visited epcot later in the week with a few friends to try the new dole whip with spiced rum. verdict: gross, from everyone. the problem is that the drink all gets stuck in the cave in the middle of your soft serve, so when you finally get down there, it’s 80% rum, 20% melted pineapple ice cream. not delicious. then again, i never really “got” the dole whip craze, and this is coming from someone who loves pineapple with all her heart.

also, has anyone else noticed that the flower and garden festival has turned into the food and wine festival part 2? not that i mind extra snacks, but after the majesty of food and wine (looking at you, free ghirardelli chocolate squares and liquid chocolate) it just feels like something is missing, even though the food has actually been added. 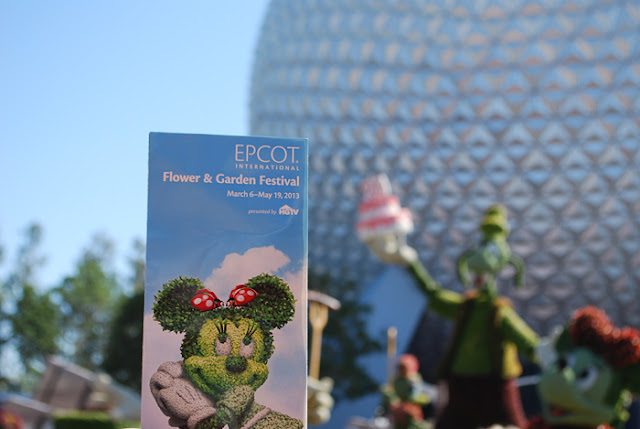 after my dad went to work, i descended upon magic kingdom alone. i went straight to fantasyland to check out kingdom crossing, the new tangled-themed rest area which had opened that day. it’s cooler than it sounds, i swear.  i don’t even like tangled, and i love it. 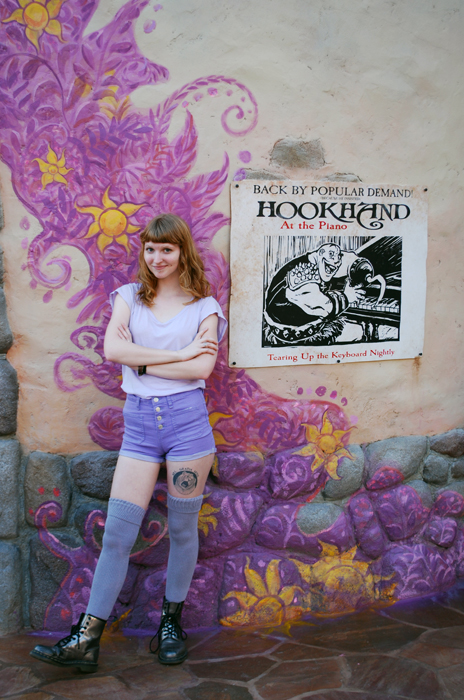 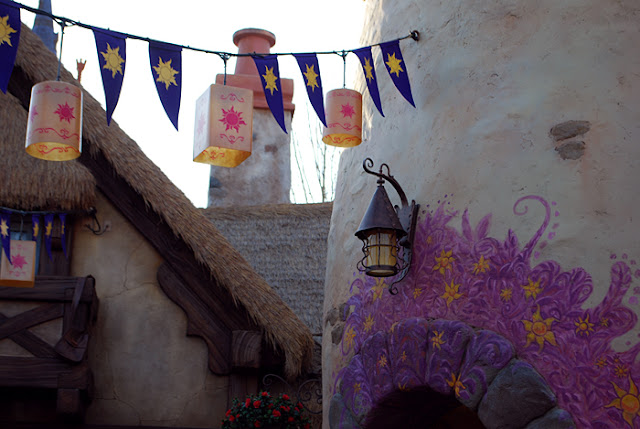 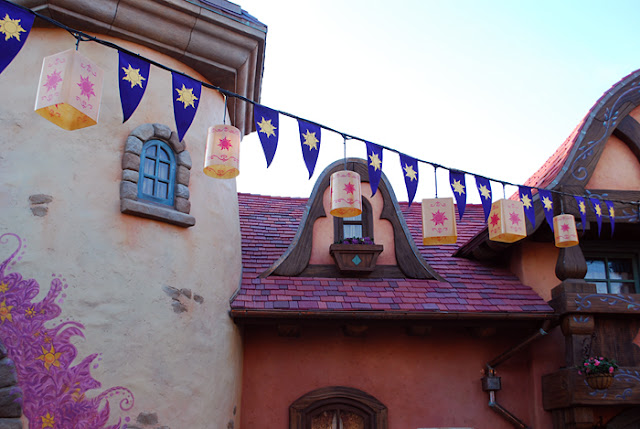 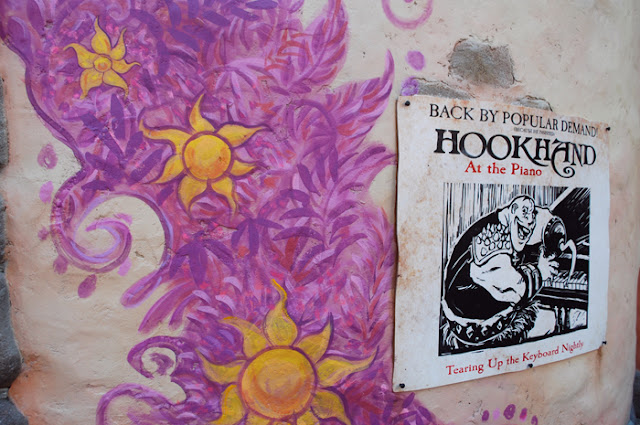 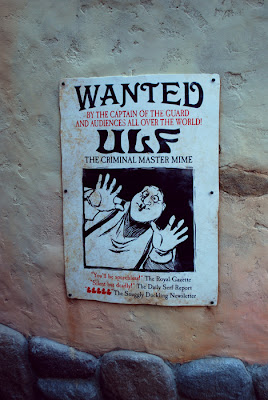 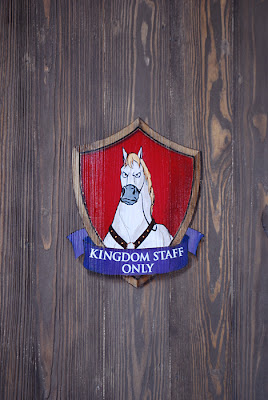 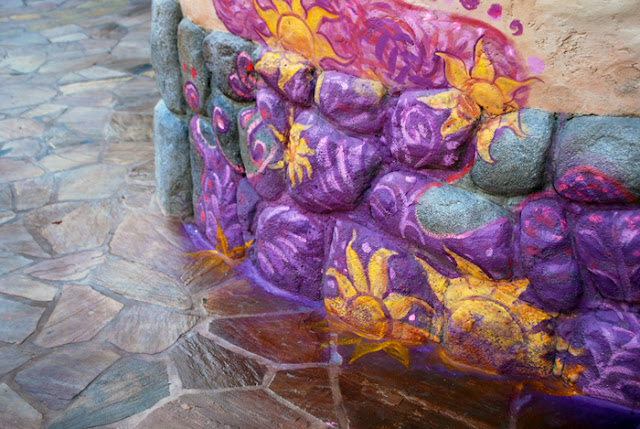 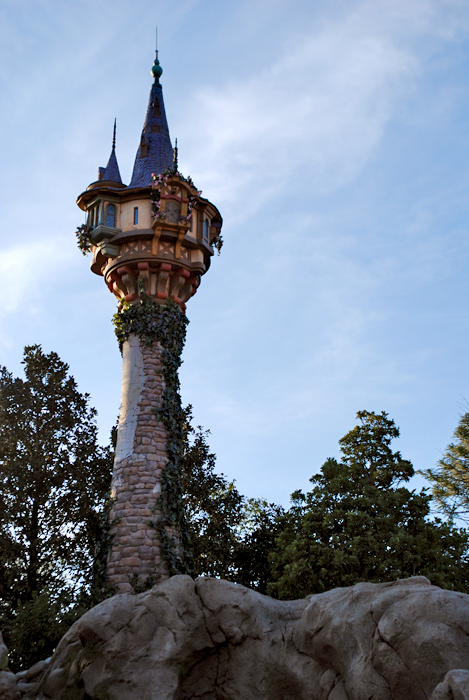 at some point, i acquired a citrus swirl: 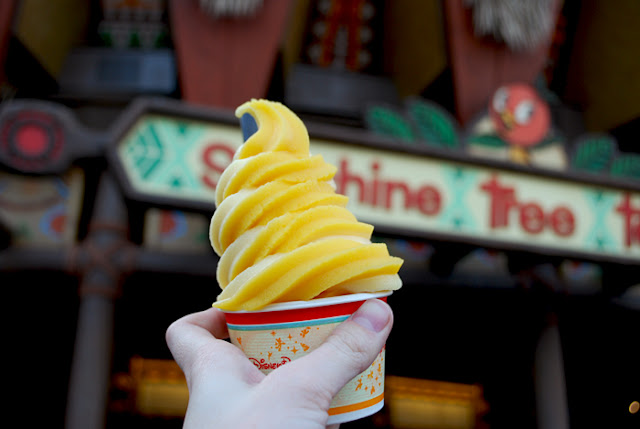 and i attempted to take pictures of the carousel of progress… 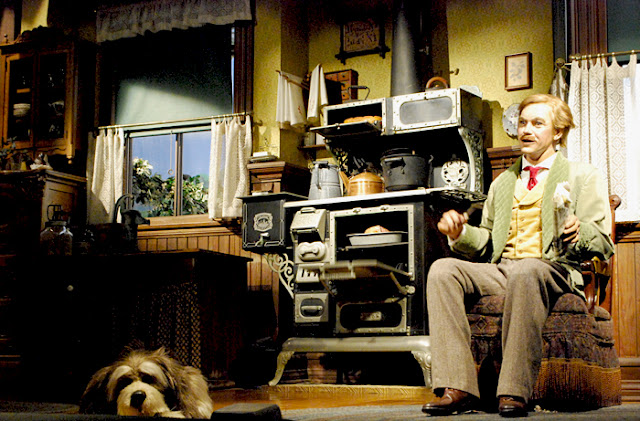 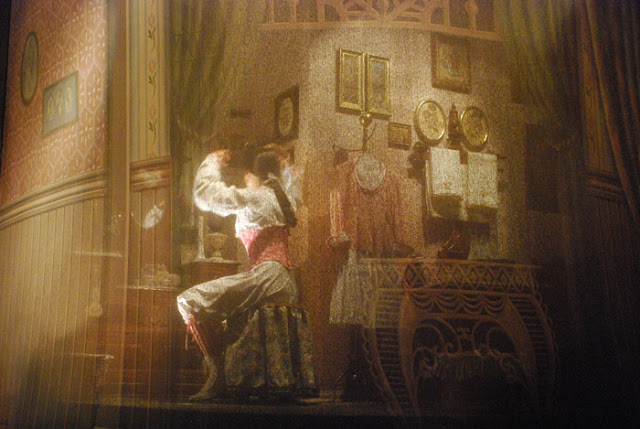 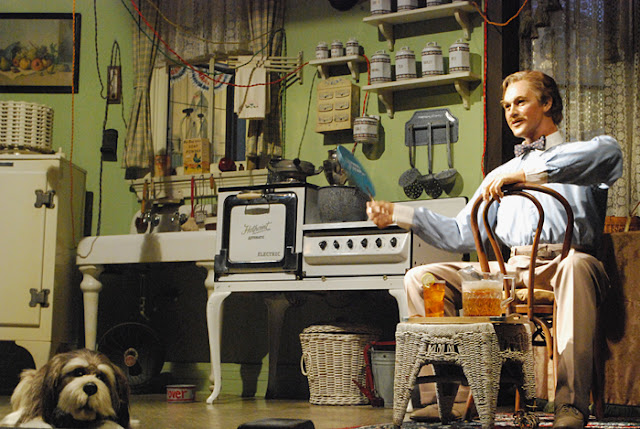 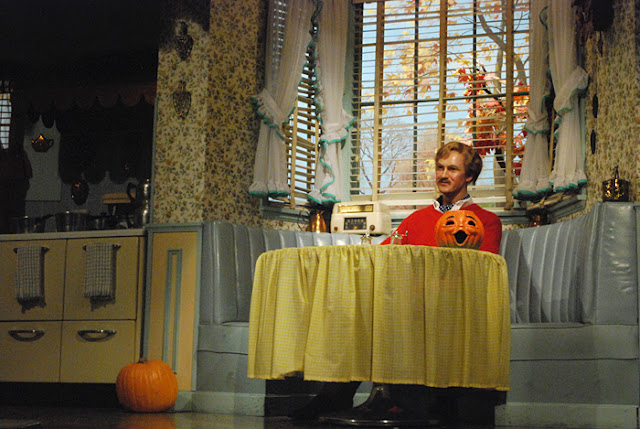 …and failed miserably. i need to figure out this shooting-in-the-dark thing. then, i started watching the electrical parade and left right after the beginning because it was surprisingly cold. i drove the ONE HOUR to my dad’s house, met up with a friend for chattime, and then fell dead asleep because i had work in the morning!

honestly, that was pretty much my schedule the whole time i was there. on sunday i worked a twelve hour area stock shift, but the rest of them were just little poorly-timed six hours. i did snake a lot of quality time with friends in there, and i rode all my favorite rides and ate all my favorite foods so i have nothing to complain about!

on friday my friend christine bullied me into going into megacon after i had previously decided not to go. initially, i was going to change my saturday flight to sunday so i could go all weekend and dress up and get crazy, but i scrapped it when i realized how much i was trying to fit into one week. but did christine care? nope. and boy am i glad! i met lots of cool folks and bought great art and i even forced people at gunpoint…or with cash/charm…to draw me. 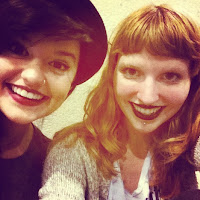 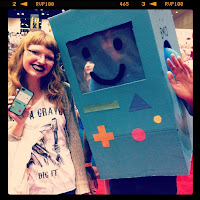 alas, the next day was leaving day. i had to drop my rental car (a sweet new ford focus that makes my car look even worse than it does normally) off at the airport at 10 am, but my flight didn’t leave until 7:30, so my dad and i headed to universal. unfortunately, so did everyone else! the problem with me visiting during my spring break is that everyone else is visiting during their spring breaks too. the lines were pretty horrible, and we only ended up riding the mummy. but we ate lunch at the three broomsticks and saw beetlejuice and the horror makeup show, so we were pretty satisfied. the fact that i’ll be back in less than two months took the pressure off. and hopefully when i come back, the transformers ride will be almost ready to open. we saw optimus prime meeting in front of the NEST building and he was terrifyingly awesome. i’m so excited! 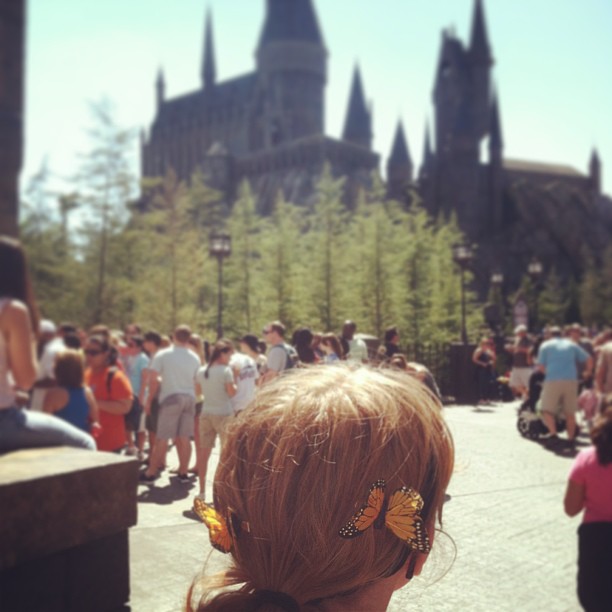 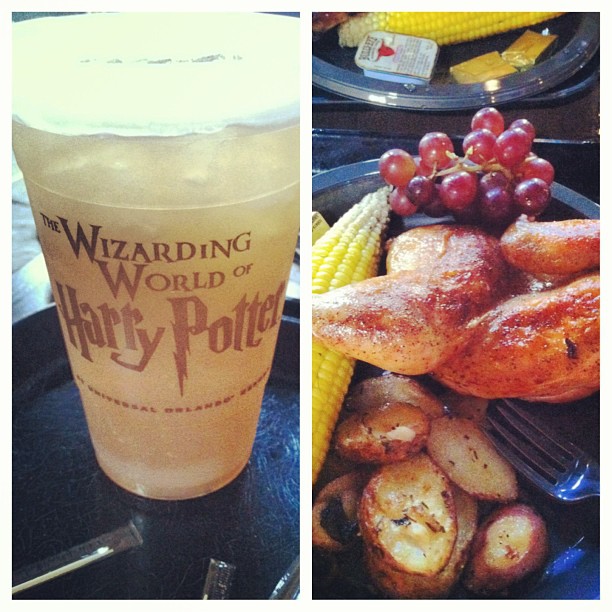