On Wednesday morning we got up at 5:00 A.M. so we had enough time to get ready before getting on the bus to go to “Traditions,” which is just Disney’s name for basic training. The bus usually takes between forty-five minutes to an hour to get to Magic Kingdom/Disney University from our apartment complex, which is why we got up so early.

I’m not going to spill any major Disney secrets, but we spent about eight hours going over policies and learning the basics and hearing stories from people who have been on the CP and stayed forever…which happens a lot, apparently. We also took our first tour of the Utilidors (the first of many) and walked onstage and backstage just getting a feel for the area. For some people, it was their first time ever seeing Cinderella Castle, so it was pretty wonderful to see the magic come alive for them. The most magical part, though, was when my boss came in and gave us our nametags. I got a little teary eyed. Here is my boss, in case you didn’t know: 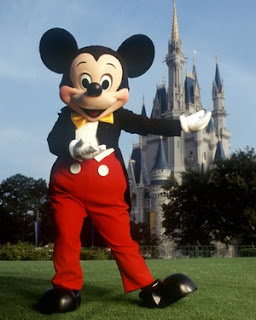 Truth be told, I got teary eyed quite a few times during Traditions (and not just because at times I was bored to tears! No? Anyone? Bueller?). It was just so nice to be around other people who are into Disney and into the magic. On Thursday, I went to my Magic Kingdom orientation, where they led us around onstage and backstage and showed us where to go if we need help or get lost. We also heard a lot of cute trivia, and rode Buzz Lightyear and the Haunted Mansion. Yes, you heard right. They paid us to ride attractions.

On Friday I started my area training! I and two other CPs were led around Fantasyland and shown the layout of all the stores etc. There was more, but it’s a secret. It seems like a great area to work in. Even today, people were saying “Welcome to the family!” :’) The next day I took a class on “Merchantainment,” which is basically Disney’s way to entertain while selling merchandise. We learned how to use the registers and how to give a good show, even if we’re just talking to guests about where they can buy a burger.

I had Sunday off, so Devin and I went to Hollywood Studios! I decided that I wanted to get a Fastpass from every location on property as a ~memento~ so we were going to try to get a few. We were going to get up to be there at opening….but instead we got there at noon. C’est la vie. 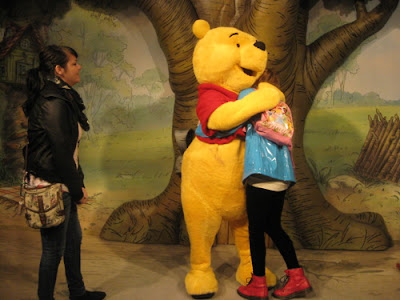 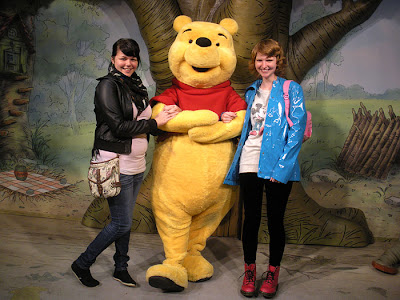 Yesterday, I had more training. And then today, I had even more training, but I also had my assessment, which I passed! So now I am a full-fledged Cast Member, and you are all caught up. Tomorrow is Leap Day, and Magic Kingdom is staying open for 24 hours, so I’m going to go experience the madness after having brunch with Grammie, Pop Pop, and John, who are driving up with the million packages I had sent to their house when I was in online shopping mode. Devin and I are also going to check out Cast Connection, the CM-only store where we can apparently get Disney stuff at a discount. Bye for now!